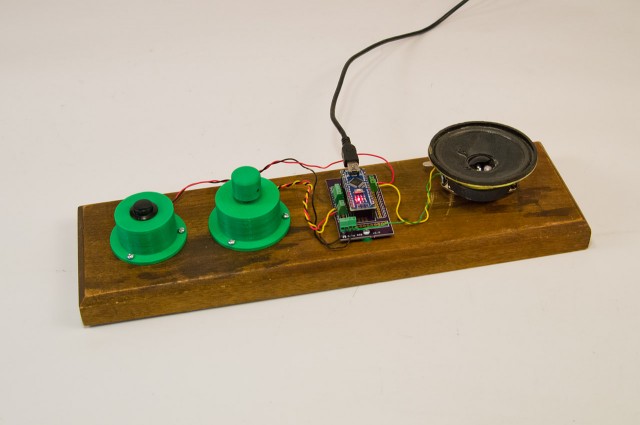 The next noisemaker in this ongoing and seemingly never-ending series is one of my favorites. This time we’ve done away with any sort of real “enclosure” and everything is just mounted on a board. We’re also using a real Arduino on this one. It’s an Arduino Nano, which you can find online for approximately $3USD nowadays. It’s quite a step up from the ATtiny85 chips used in many of the previous noisemakers. 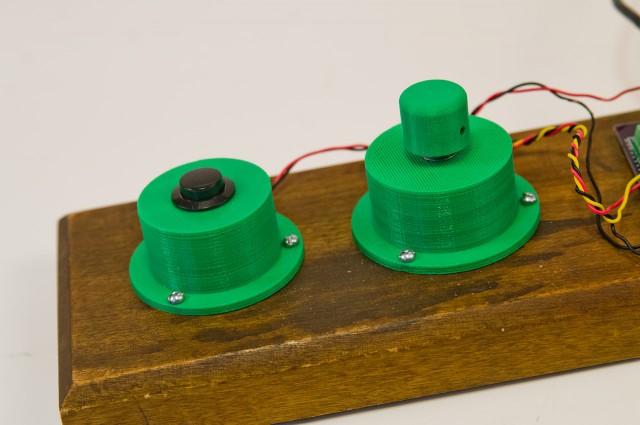 Even though we moved away from an enclosure on this one, we still have to mount things, so why not model and 3D print some things? We’ve got a button and a potentiometer as our controls, and each one has a small printed part to allow for mounting to the board.

Again, the best thing about 3D printing in this process is you can create exactly what you need. With bits of scrap wood you’re constantly cutting and drilling to get things the right size. With designing your own parts, you make what you need. Here’s a piece that holds the button I had and has a small hole near the base to allow wires to come out. 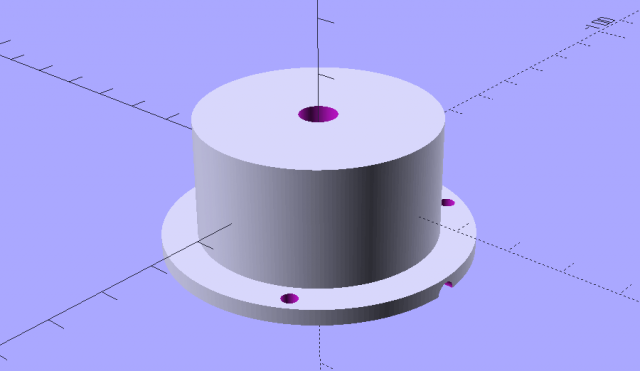 This piece holds the potentiometer. It’s the correct thickness to allow the potentiometer to fit and the shaft to go through the hole. The holes for mounting screws are also the exact dimensions needed to work with the #4 screws I had. Making things fit together is about 90% of making. 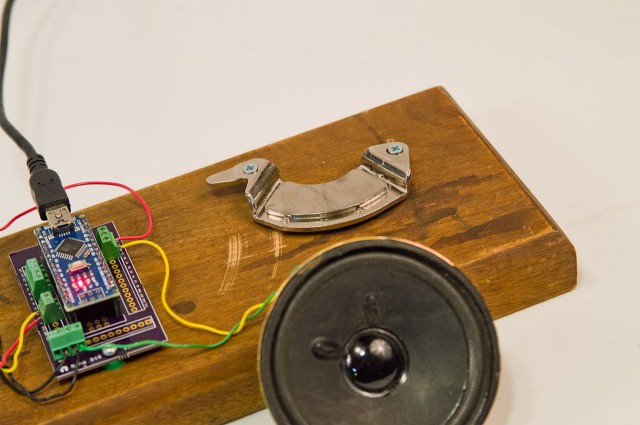 Here’s a neat trick. Remember all those hard drives we took apart? Well, I saved all the magnets, and they’re handy to have around. Since they are attached to pieces of metal with mounting holes on them, I screwed one down to the board… 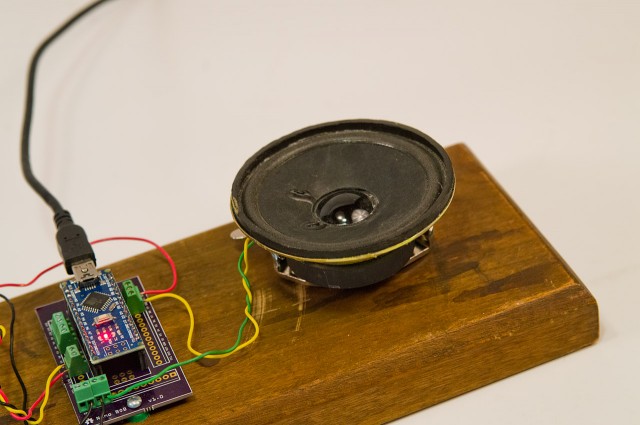 …and it’s perfect to hold a speaker in place. Really. That speaker ain’t going nowhere! You can pull it off, but it’s on securely enough that it takes some force, and it’s not going to fall off or get knocked off easily.

The Arduino Nano is on one of my Nano BOB boards. I use these to allow screw terminal connections to a Nano. (I really should get these listed on my Tindie store one of these days.) Power is provided by a Mini USB cable, and yes, there’s two 3D printed standoffs under the PCB. As a bonus, the wires used were pulled out of some phone wiring I rescued from a dumpster. 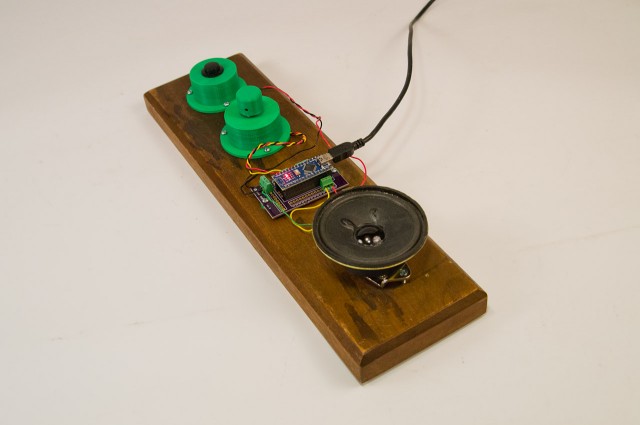 I like this one so much, I may be reusing some of the parts in another build I’m working on. Hopefully I can post about that in the coming weeks.