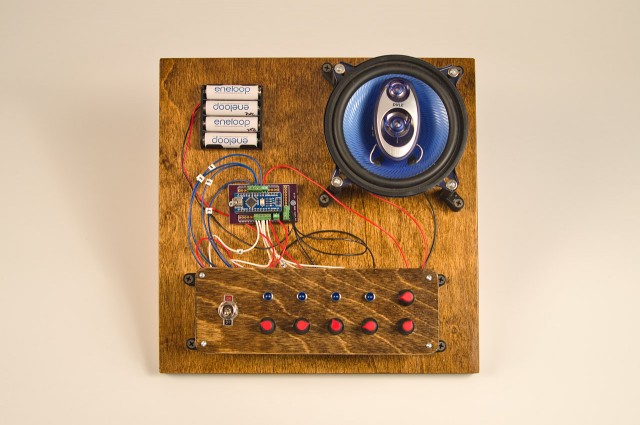 When I heard WMSE was doing a fundraising event called Art & Music and was looking for artists to contribute, I wanted in. I got in touch with them and got a blank 12″x12″ board. I’ve done some of these art boards before, once for The Eisner American Museum of Advertising & Design and once for a friend of mine. (And while it’s not a board, I also made this NoiseBowl last year.) Besides myself, I also managed to get most of the people I work with at Brinn Labs to make boards, and a few people at Milwaukee Makerspace also made them. 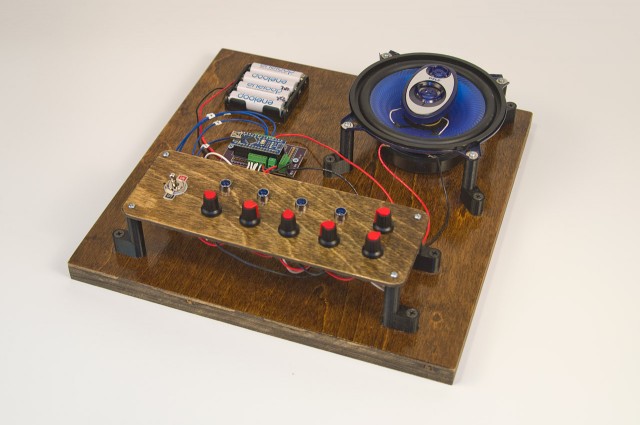 This one is a litte more special to me though… WMSE went on the air in 1981, and while I don’t remember when I actually started listening to it (though I do have my brother to thank) I grew up with WMSE. They played the music I wanted to hear (at least on Wednesday nights when I was in high school.) They introduced me to weird and crazy stuff, and I even got to be a guest on air a few times (and they’ve managed to play a few songs from bands I was in.) 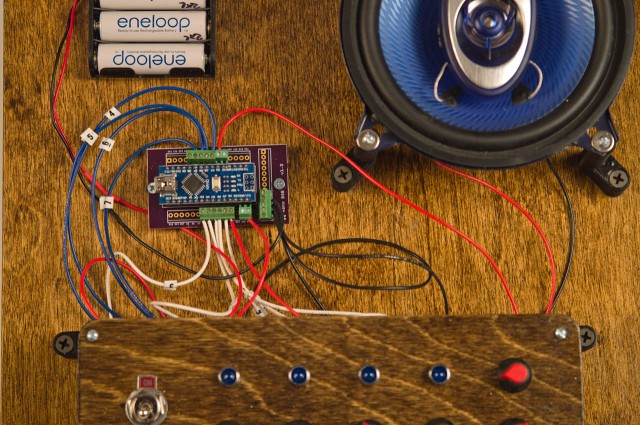 Since I’ve been screwing around with making noise with Arduinos in sculptural form I thought I’d continue that practice once again. I’ve been working on a four step sequencer for work, so that’s what this is… 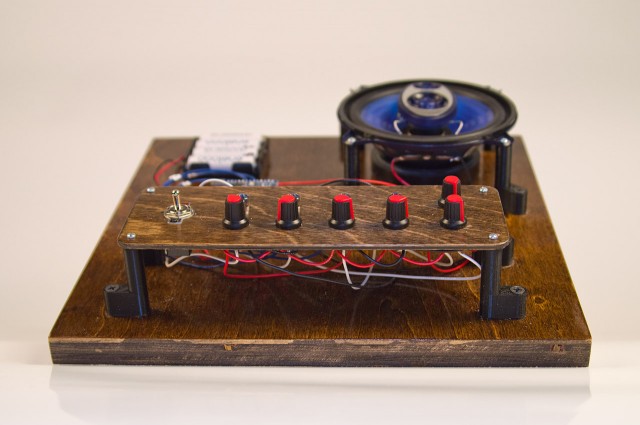 If it wasn’t for the stain and attention to fit and finish in creating this piece, it might look like some of my work you’d find inside a museum exhibit. We tend to make a lot of devices that produce sound. (We typically don’t go to great lengths to make them “pretty” though, since they always live inside cabinets and are not seen by the public. 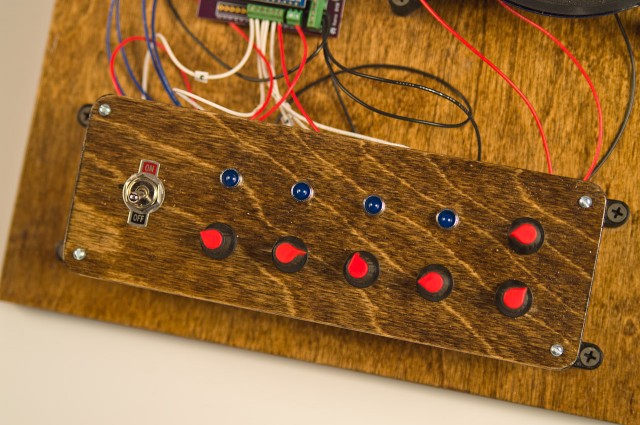 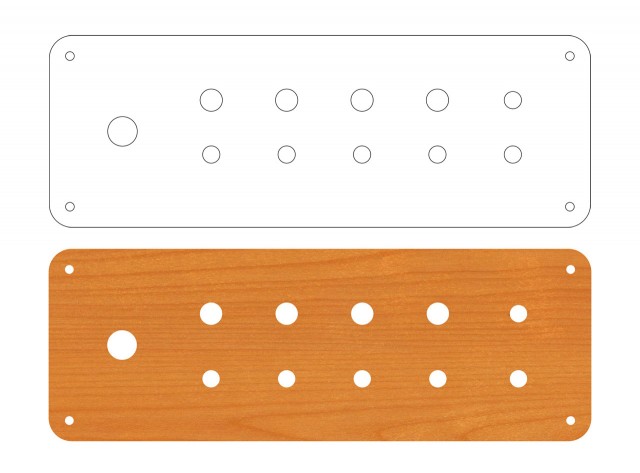 Here’s the design for the one cut piece I made. It’s the control panel/user interface, which holds the power switch, potentiometers, and the LEDs. I actually used the CNC router instead of the laser cutter to make it. (Don’t ask why!) It also took some careful drill press operations to get things just right. There was also a lot of sanding involved. (Again, don’t ask.) 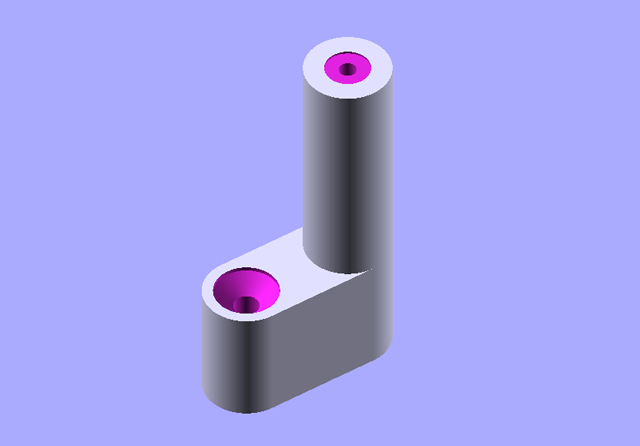 There are some 3D printed pieces as well. The standoffs used for the speaker, and to hold the control panel in place. They are similar to ones I’ve used before and before, but of course the beauty of 3D printing is that I can change the design each time to match the speaker and hardware used. (Parametric, FTW!)

Here’s a short video that demonstrates the noise that this thing makes. The first four knobs adjust the pitch for the four steps, with the fifth knob used to adjust tempo, and the top right knob as a volume control. The LEDs light up showing each step of the sequencer.

I also decided when I started to build this that I really wanted one for myself. While I love seeing my artwork go out into the world, sometimes I miss it. Since I was building one, I thought it would be easy to build a second one. Well, it was (fairly) easy, but it was also time consuming. I also had this idea that if anything went wrong, I’d have a backup. Nothing really went wrong, but I did finish the one for WMSE about week before I finished the one for me.

If you’re ever curious about the process I go through when building these sorts of things, you might want to head over to Instagram and follow me there. For instance, I posted a photo there… and another, and another, and a video… 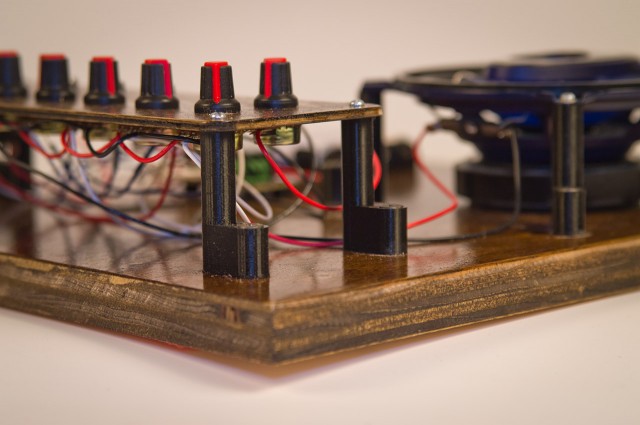 And then I posted more, and then I probably posted even more. So yeah, Instagram tends to be my “in process” photo & video place. 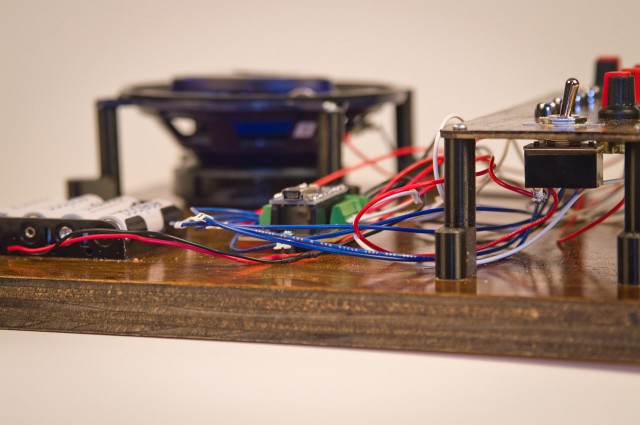 And if you’re not hip to Instagram you might find a photo or two (or three) over on Facebook. Not as much shows up there, but we’re still friends, right? 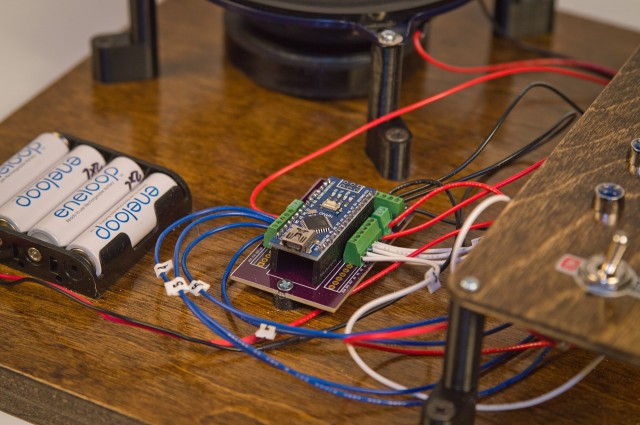 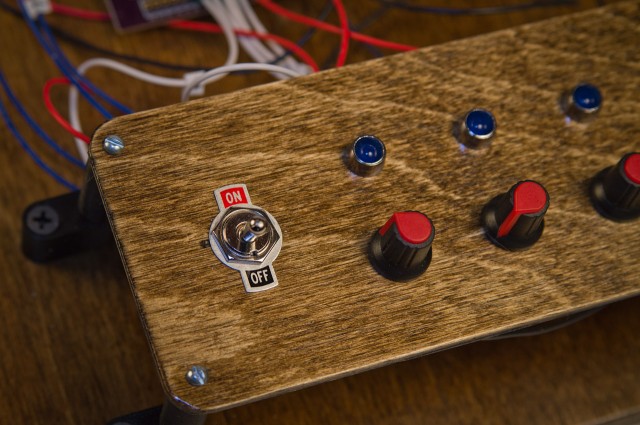 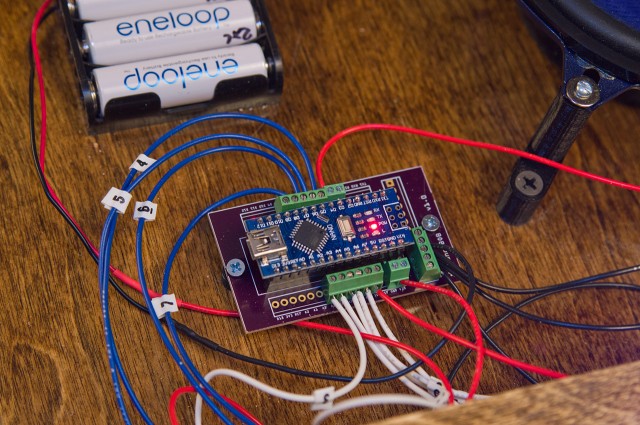 Note: The piece sold for $510! I’m really pleased I was able to support WMSE with this, and I’m thankful a bunch of people liked it enough to bid on it.