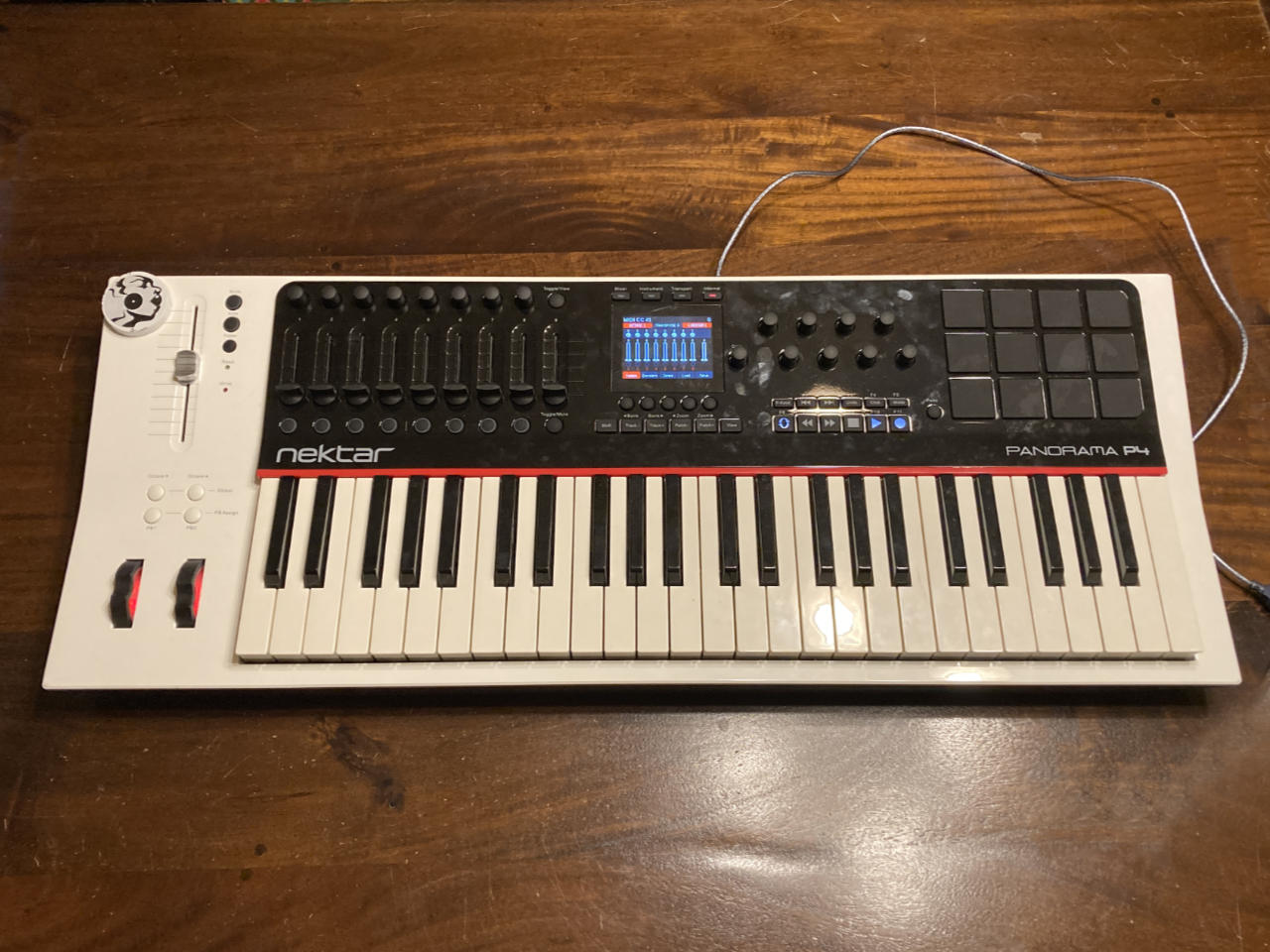 I recently did repairs on a Nektar Panorama P4 Keyboard. A guy I know got in touch with me and said there was an accident involving someone stepping on a USB cable while it was plugged into the back of the unit. This damaged the USB connector and it no longer allowed the keyboard to show up via USB. 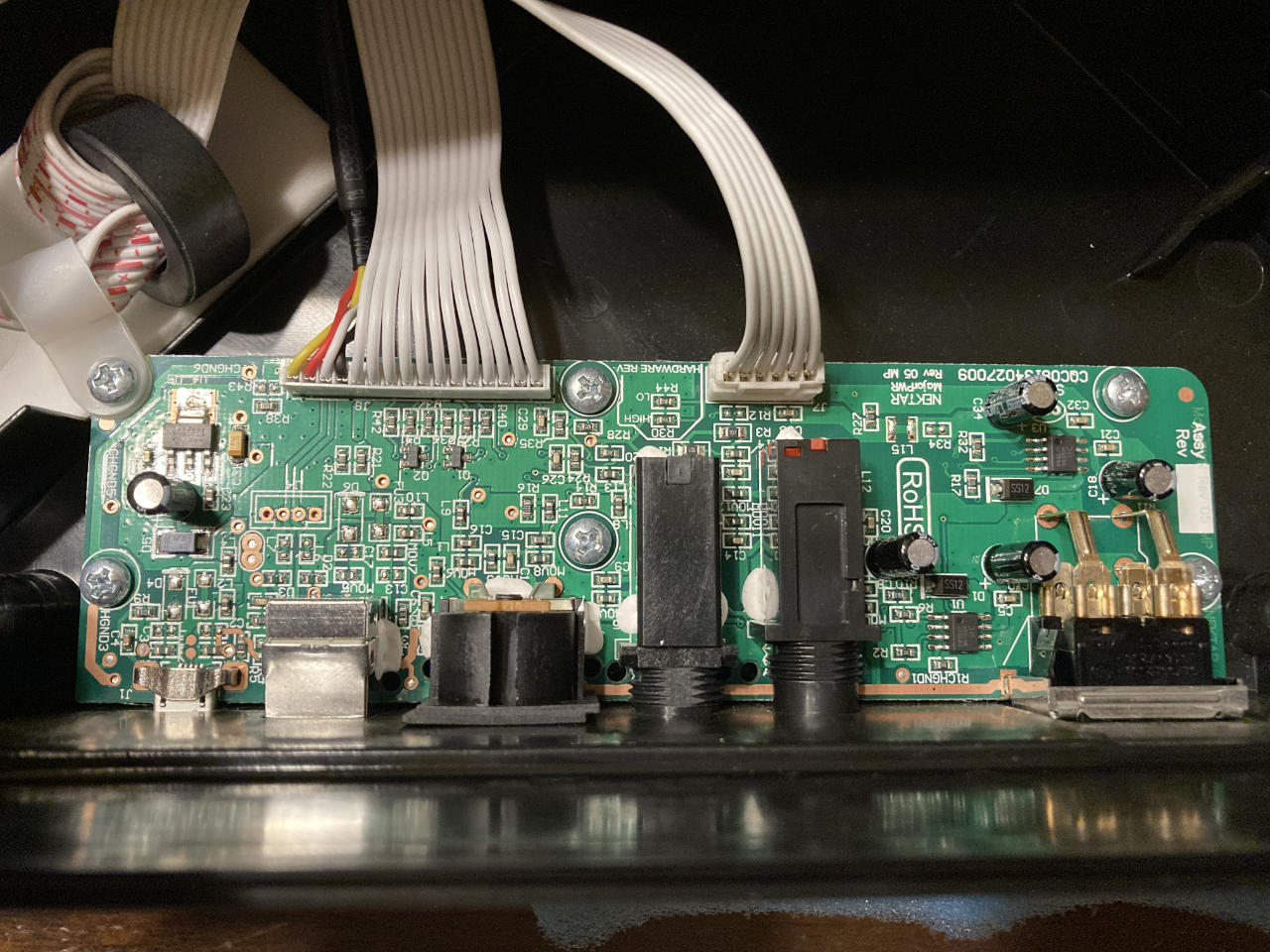 Here’s the main PCB in place. There’s a few ribbon cables that connect it to the rest of the keyboard. I removed them and pulled out the board. Oh, I should note that what took the most time in the disassembly process was removing all the screws holding the case together. I think there were about three dozen! 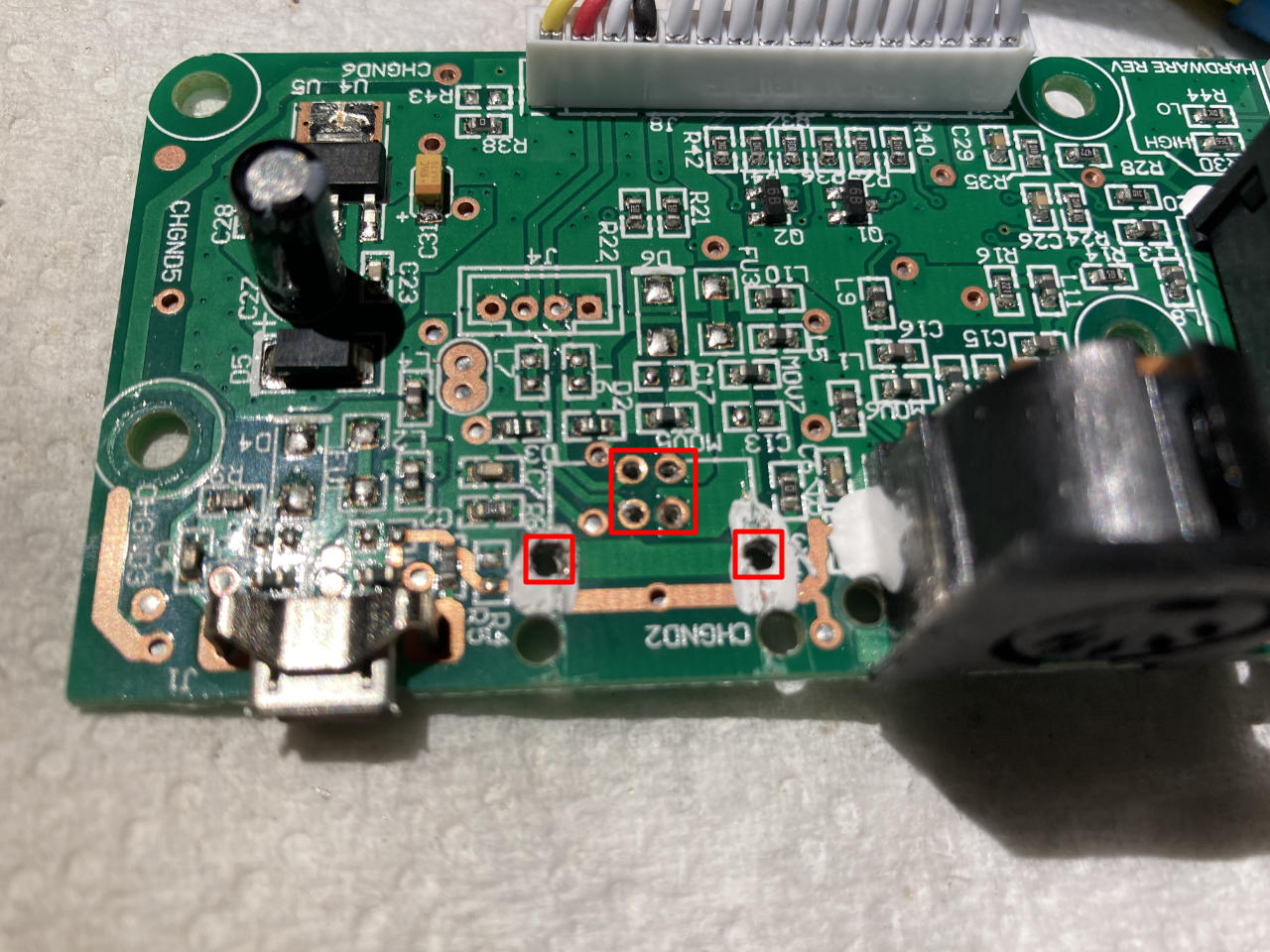 I had to desolder the broken USB jack. It was definitely damaged and pretty much crumbled when I got it off. Some of the holes still had solder in them, so I carefully drilled them out with an 0.8mm bit on my Tiny Drill Press. (The red squares show the holes. The white stuff around the large holes is not damage, but some sort of glue or epoxy that held the jack in place in addition to the solder.)

I grabbed some USB Female Type-B Jack as recommended in this reddit post. Also, take a look at the photo in that post. See how the USB jack has no plastic in the center? Yeah, they used jacks that just had the metal contacts hanging free in the air. Terrible choice! (Below shows the new jack.) 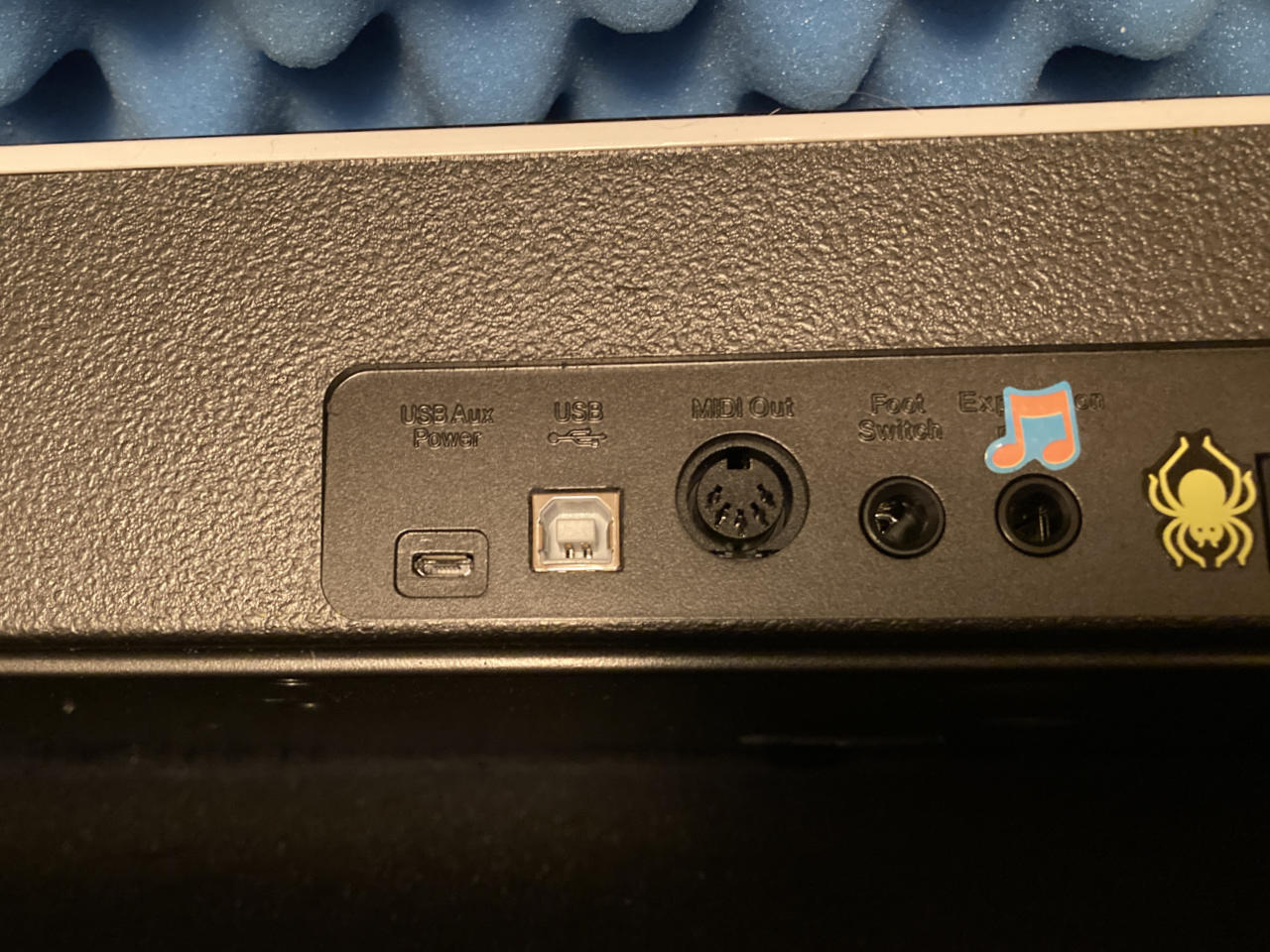 The owner also mentioned a USB plug protector support thing, from this blog post. So I modeled one up for him… 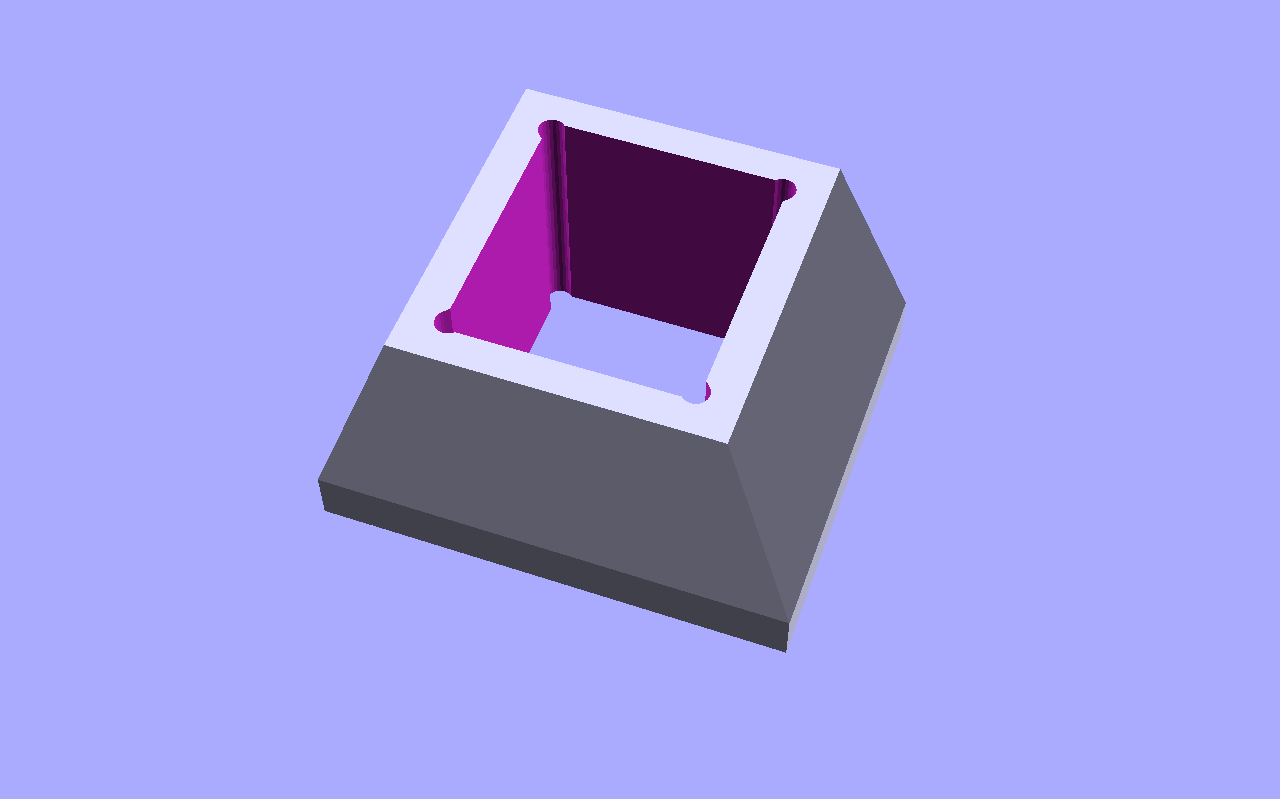 I measured a bunch of my USB cables and, well, they are not all the same. So I printed about four of these supports with different inside dimensions. I figured one might work. (Little did I know the cable for the keyboard was right in the case! Oh well.)

Once I had the keyboard repaired and put back together I fired up GarageBand and made sure it worked, and it did work. Hooray. I also charged next to nothing for the repair because the guy’s cat passed away the week before and I know exactly what that is like.