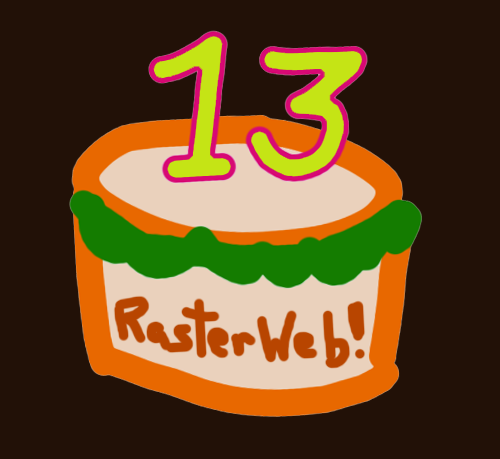 I’ve been thinking about the effects of blogging, specifically on business. There’s a reason for this…

Last year we went camping at Bark River Campground. It sucked. I wanted to let people know this, because I didn’t want other people to have the experience I did, so I did what any self respecting blogger would do… I blogged about it.

Fast forward 9 months, and I get a phone call. It took me a number of “I’m sorry, can you repeat that?” to get to the part where I heard “internet” and “post” and “worst campground ever” and I then realized who I was talking to. Yup, they called.

I talked to the folks at Bark River Campgrounds. The man I talked to said he understood that I had the right to say what I wanted, but he also said they try very hard to make things nice at the campground. I wasn’t convinced of that, but I did thank him for opening a dialog about the issue. I did get the idea that he didn’t actually read the post because he asked me questions that would have been answered if he had read it. But then again, bloggers tend to think everyone reads their posts…

So, what is the responsibility of a blogger? What is the effect of what we write? On businesses? On people? Like I said, I knew what I was doing, and I had some clue what the effect would be. I honestly did not expect to hear from them, but was pleasantly surprised by them saying that I had every right to say it, and they didn’t expect me to take it down.

The Summit was on June 14, 2007, and I recapped in a post title Citizen Blogging Summit Report.

There is a very good chance that in a few years, those links will still work. There are links to this site that still work nearly 10 years after I first created them. There’s an old saying: Cool URIs don’t change. WTMJ 620 doesn’t get that.

When we were at the Summit, someone mentioned they were re-launching their site in the next few days. The second I heard this, I was pretty sure all the bloggers they invited, who actually linked to the Summit page, would have dead links within a week. I was right.

And there are links pointing there. I mean, we’re bloggers! You invite us to talk about something, and we will, by linking to it. Will I link to anything on 620wtmj.com again? I don’t know, since there is a good chance it’ll disappear with the next web site re-design.

I might just be a little sensitive about this issue because I’m in the middle of doing some URL re-writing for a site that just underwent a major rebuild. But really, is a permalink so much to ask for? Honestly, I’m pretty disappointed. Just when you think someone is starting to get it, they let you down.

Well, we attended the Citizen Blogging Summit (Mike Rohde and I were on a panel, and Jeramey came along for backup) and it was… interesting. As I mentioned in a previous post, we didn’t know what to expect, but Sean did a good job of moderating, and basically just asked us questions, and took a few questions from the (small) crowd. KeVron of Dork Factor Prime was there, but other than that, it was all people I’ve never met before. Kim and Jason of kimandjason.com came in from Madison and were on the panel with us. They seemed like nice folks. We couldn’t stay for the panel after ours, so I don’t know how it all ended, but on the way back towards downtown to drop off Jeramey, we ran out of gas. Jeramey and I managed to push the car about a 1/2 mile down North Avenue, in the 90 degree heat, to a gas station. After that it was smooth sailing… So all in all, it was a pretty exciting day. I can’t wait for the next Citizen Blogging Summit!