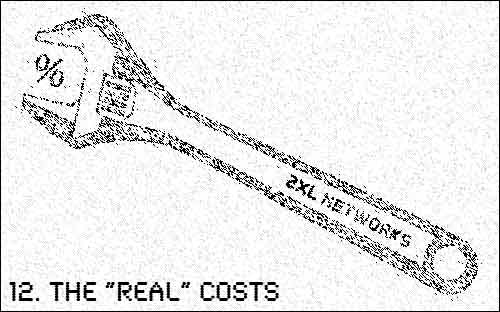 You know me, I’ve always got more to say… I just wanted to touch on the real costs of making a thing.

In the olden days, when I primarily worked with software, there was an old saying “Linux is only free if your time has no value” and while it’s a slightly amusing phrase, there maybe some truth to it. Maybe. If you’re a Linux fan, the saying may come across as an insult. Sure, sometimes working with Linux feels a lot like yak shaving. When you need to install this library to install that library to install some other library to install the software you really wanted to install… you get the idea. (Linux has gotten much better at this in the last few years though, so much of these issues have gone away.)

With software, it’s (almost) all about the time you spend on it. If you’ve got a computer, you can develop software. Most of the tools are free, or low-cost (depending on the platform) and if you got access to the Internet, or a library, you can learn, learn, learn and become a software developer. (I’ll answer the question of if you should in another post!)

So you’ve got a computer, you’ve got time, you’ve got a desire to learn… those can be the basic building blocks to make software. Go for it. Now, keep in mind that many developers (especially in the open source world) are doing what they do because they want to solve their own problems. I really wanted DokuWiki to be able to present a random page, and when I found a plugin that didn’t work, it was worth a few hours to fix it. I didn’t go as far as adopting the plugin, since it appears to have been orphaned, but I did drop it on GitHub so if someone really wants my work, they can have it. The sharing and collaboration is part of what I love about open source.

So let’s talk about hardware…

Hardware consists of real bits, not just zeros and ones, but actual physical things that are created. When I turned one of my projects into a product I did my best to make sure the final price was such that I would actually make money. Making money is important. Note that I didn’t say making LOTS and LOTS of money is important. I mean, it is to some people, but… whatever.

So you’ve got your maker business, and you want to treat customers (and potential customers) right, and this will cause you to make certain decisions. I remember talking to someone 9 months ago who ran a successful Kickstarter campaign, and he pointed out to me that the first thing you need to do once you think you determine your costs, is to pad it. Remember that Kickstarter and Amazon each take a cut. The campaigner also said that he got one backer who had some terrible thing happen in his personal life, and asked if he could be refunded his pledge. If you do refund someone’s pledge, do you do the full amount or do you withhold what Kickstarter and Amazon take out of it?

Once you’re shipping actual products, if you’re not charging enough, how many returns does it take to make you start losing money? Things break during shipping, or get lost, or stolen, or just plain don’t work. It’s your job to determine how far you’ll go (and how much you’ll spend) to have satisfied customers.

And yeah, as I mentioned, physical things cost money, and when you are not big (as in, a small company, or someone just starting out) you probably have zero leverage to get any sort of discounts. This is where a lot of Kickstarter campaigns come in, as they involve raising enough money to do bulk purchases to drive down costs. It’s a good idea in some cases, but not all.

Even after you have all the physical things you need to assemble a product, there are at least two more thing you may need. Time (just like with software) and tools (which compare to a computer in the software example above.) In my case, to build my products I had some of the tools I needed, but I also had to buy some of them. If you don’t want to buy your own tools you can consider a makerspace or something like TechShop if you have one near you. As you continue to create your product you may end up spending more on tools, to do things better, faster, etc. This is another cost you may not think about. There’s also repairing and replacing tools, and consumables like blades, bits, paint, shipping materials, etc. and each one of those also takes some time. If you’re driving to a store, or even just ordering online, that’s time, and if your time is worth anything, you need to be compensated in some way.

I’ve gone off the rails a bit, and I guess I’ll need to do a 12.5 post to continue this. If it’s a bit rambling, forgive me, I’m still thinking through a lot of this. 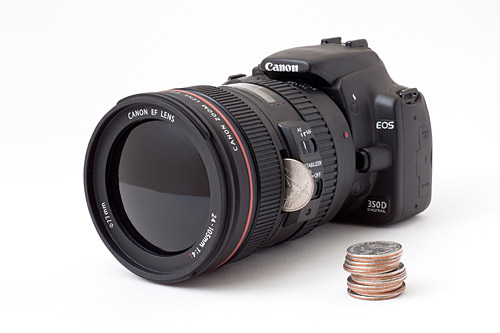 Flattr is a way to reward people for the things they do online. You can check out this intro to learn more, but basically, with some money in your Flattr account, you can monetarily give thanks. It’s pretty much the old “tip jar” idea that bloggers had about 10 years ago, but the time is probably right for Flattr to be a big player in this market.

Big you say? Well, they just decided to open the floodgates, so you no longer have to give money to get money. They are doing this (I assume) to get Flattr buttons on everything, because now anyone can start asking to be Flattr’d or, paid, as it were.

For instance, on this very blog, where I’ve been providing you posts since 1997 (and other content even longer than that) there’s a Flattr button you can click, and it’ll let you Flattr RasterWeb!. (Note that I added a donate page a while back, which has seen very little action.) I’m still not sold on putting Flattr buttons on every blog post, and am just doing the entire blog right now.

So besides this blog, you can Flattr the things I do at Thingiverse. Expect many other sites to follow. Discussion and help forums seem like a no-brainer, and any site where you might want to “like” what someone does, or thank them in some way, may fit.

Will anyone get rich from Flattr? Well, right now it looks more like a “thank you economy” type of thing. I mean, no one every got rich from a “tip jar” right? But you get that “good feeling inside” as well as a small amount of cash, which should (for many people) be an incentive to keep on keeping on.

Did I mention you can Flattr RasterWeb!?

I wanted to do a bit of research on the cost of being a member of a hackerspace or makerspace (and by cost I mean, monthly membership fees.)

I started at hackerspaces.org and just looked at spaces in the United States.

Since the information is coming from a wiki, we can’t be sure it’s completely accurate, but I think it’s a good gauge of fees nonetheless.

I tried to include some of the spaces I was already familiar with, or ones in larger cities, which I thought would provide some good contrast.

Some of these are non-profit organizations, while others are not. Some have student or “starving hacker” rates, and most of them seem to have open times/events where anyone can come. Some allow guests (and some suggest guests make a small donation to the space) and many have tiered membership levels.

I talked to Bre at NYC Resistor and asked about their pricing, which says that if you teach classes your membership fee is $75 per month, and if you don’t teach classes, it’s $115. I had assumed this was to reward people who teach by giving them a discounted rate, but he suggested it was more along the lines of punishing those who are slackers and don’t do any teaching. Either way, it’s a neat idea. :)

Obviously the amenities or “what you get” for your membership will vary. Some of the spaces are meant for you to have a permanent desk, provide good Internet pipes, meeting rooms, and function as your everyday office, while other are more like workshops, with tools you may not have access to anywhere else. Prices obviously vary depending on geography as well. Of course you’d expect that In a bigger city you’d probably find more members, and that the rent would be much higher. In a place like Appleton, Wisconsin, it may prove hard to get enough people interested to build momentum to secure a space. (It took the Milwaukee Makerspace folks about a year to get their space.)

If I’ve got anything wrong, or your space was mentioned incorrectly above, please let me know… This was really just a quick look at the monthly membership fees of a bunch of different spaces.

Disclaimer: I am involved with Bucketworks, and I am friends with the folks in DHMN and Milwaukee Makerspace, and have a loose affiliation with Sector67, Jigsaw Renaissance, and Pumping Station: One. (The last three being members of the Space Federation.)