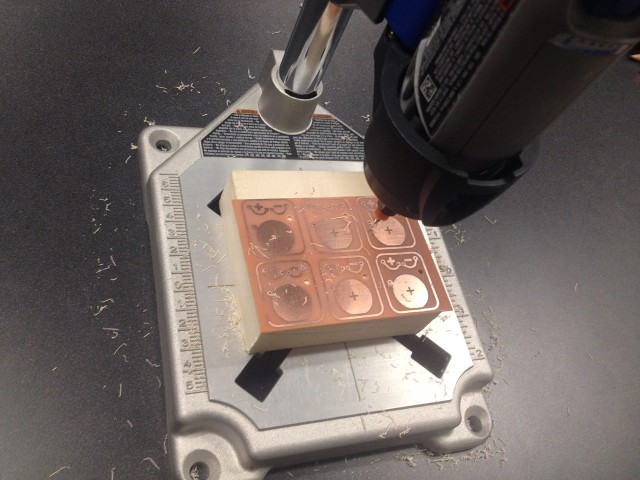 I’ve been using a Dremel Drill Press we have in the Physical Computing Lab at UWM to drill all the holes. The bits are tiny, at 1mm or less in diameter. I’ve broken two already, so I’ve got a bunch more on order to replace the broken ones. The first one I broke right when I started drilling boards, probably because I was trying to drill a bit too fast. It’s important to remember that the bit needs to do the work of cutting. The tiny tools don’t work quite like the big tools you can be rough with. The second bit I broke was due to moving too fast, basically I’d drilled a ton of boards and was getting near the end and just didn’t take my time when moving the board, and slid it a bit before I fully lifted the bit out of it. Oh well… 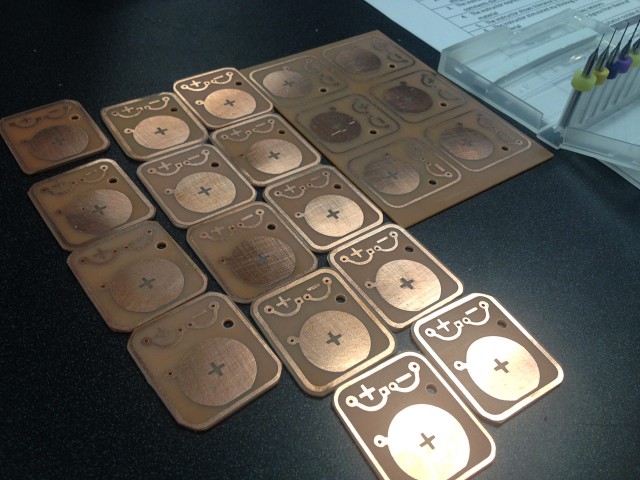 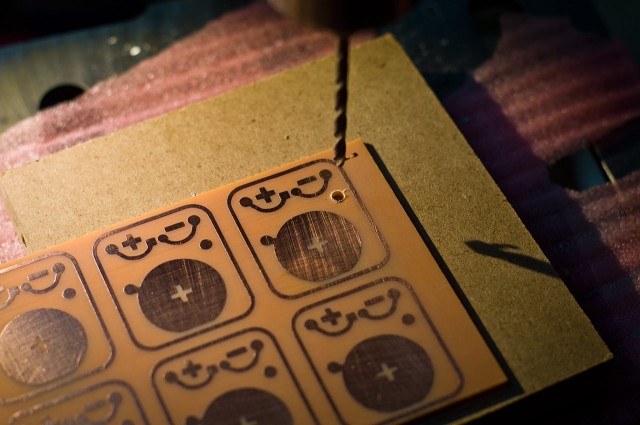 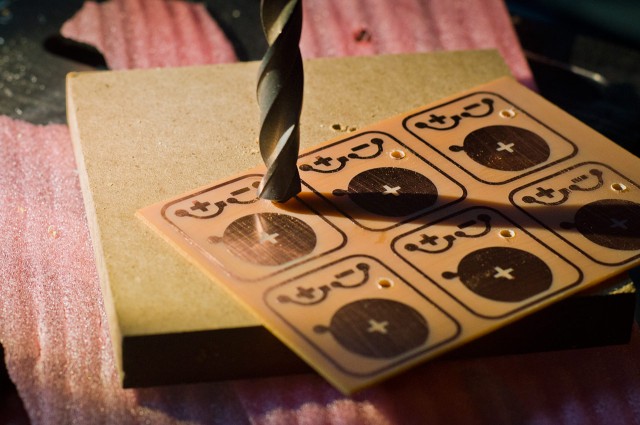 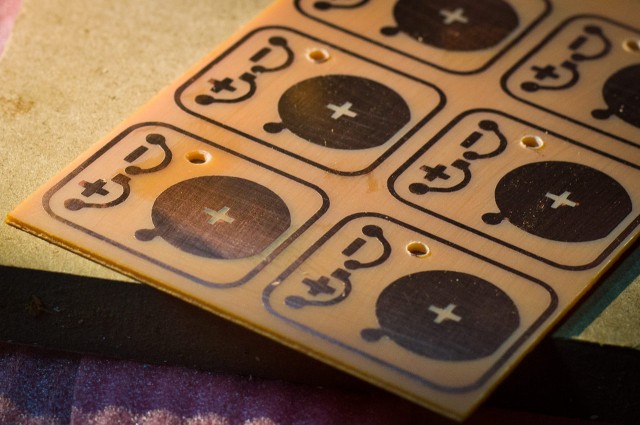 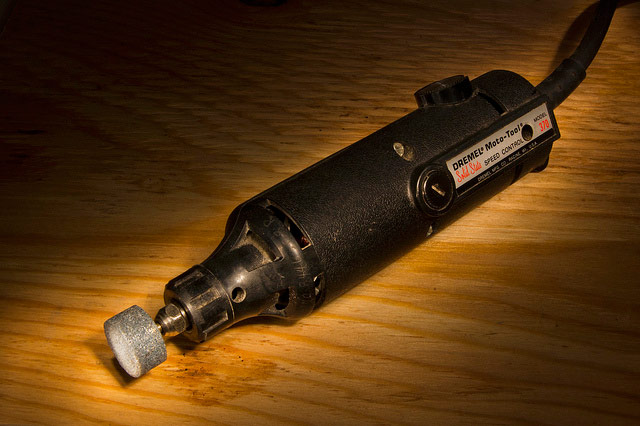 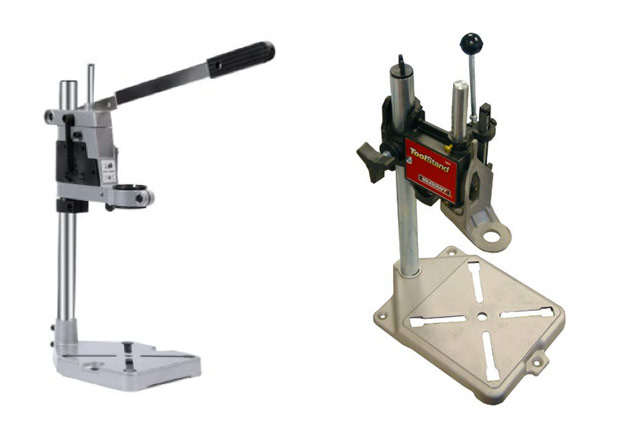 Update: I built my own.