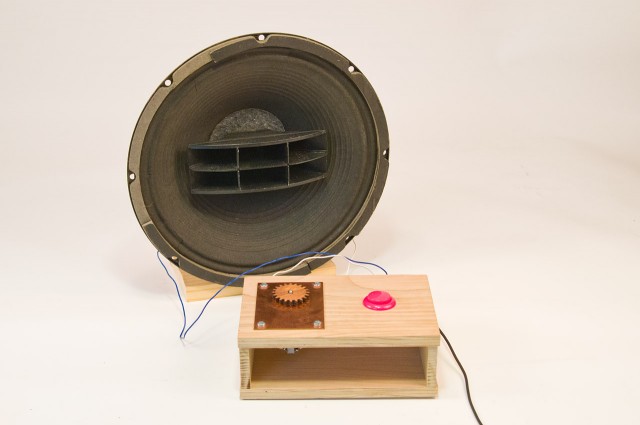 Once again we’re moving along in our noisemaker series and this time we’ve got a few new things going on, but again, we’ve got a device that makes noise when you press a button. This is also the first noisemaker that features an external speaker. 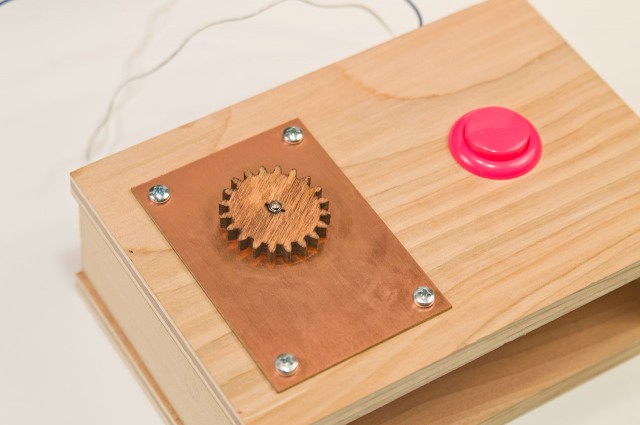 The enclosure is another simple wood affair, and there’s a push button, and we’ve also got a… gear? Yes, there’s a gear, and under the gear is a copper board which is usually used for making PCBs, but in this case it’s used as a thin surface that allows the gear to mount to the shaft of a gear motor hidden below. 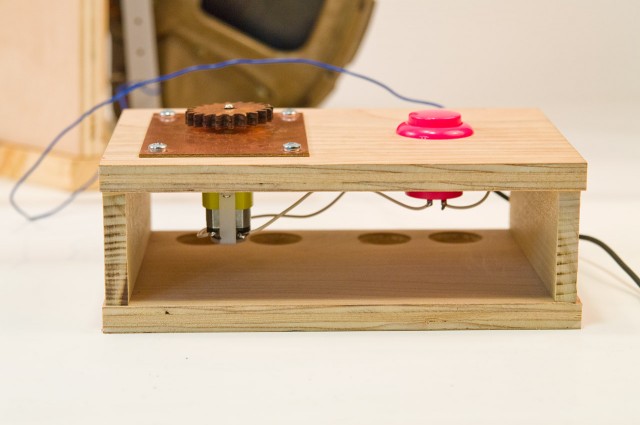 Just like with the last noisemaker, I used some Forstner bits to hack out a large hole and then cover it with a plate. It makes the surface look nice, and the inside/bottom is a hidden mess (which is totally fine, right?) This noisemaker has one more trick up its sleeve, I mean, it would if it had a sleeve. 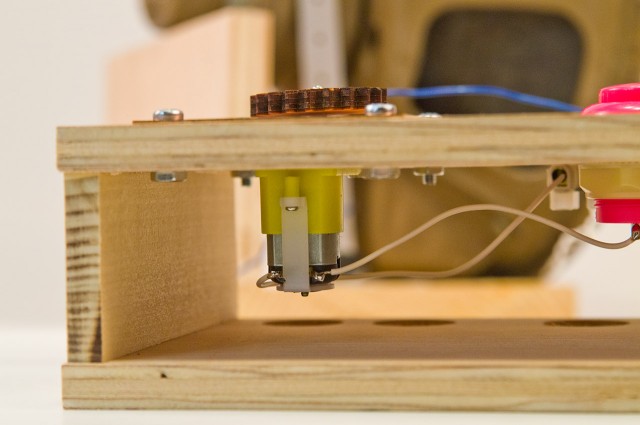 There’s no microcontroller in this one. The electronics consist of a power supply running to the button, then to the motor, and then to the speaker. That’s it. Interestingly enough, you can get some pretty cool noise happening just by running power through a motor and speaker. Since it’s a gear motor it’s already got a great whirring sound to it, so the speaker helps amplify it. And, the bonus is that by affecting the spinning of the motor, you affect the sound. (See the video below for a demo.) 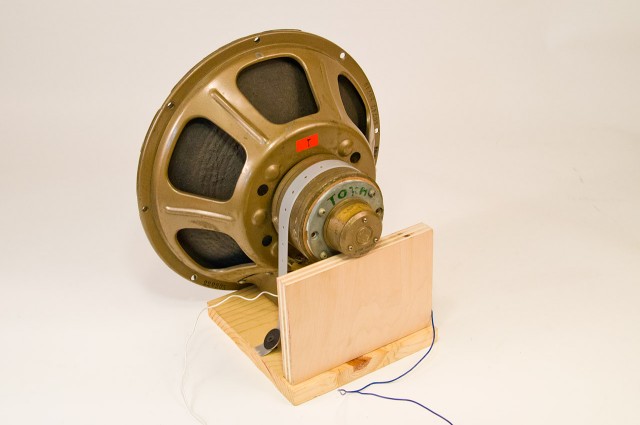 When I started this project I had to find old speakers, and this is from a set I rescued from the trash and had to bust apart the old wooden cabinets that had way too many screws in them. (I had these sitting under my desk at work for a few months.) 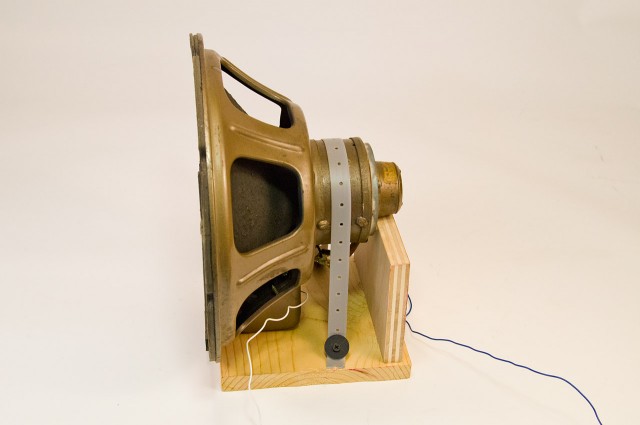 Still, they’ve got a funky look and mounting them just took some scrap wood, plastic strapping, and a few screws. Easy speaker stand! 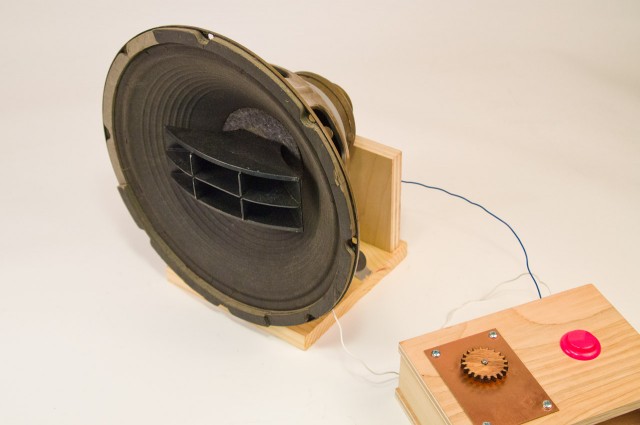 There’s a few more two-piece noisemakers coming, but this was the first one in the series I finished. Stay Tuned!