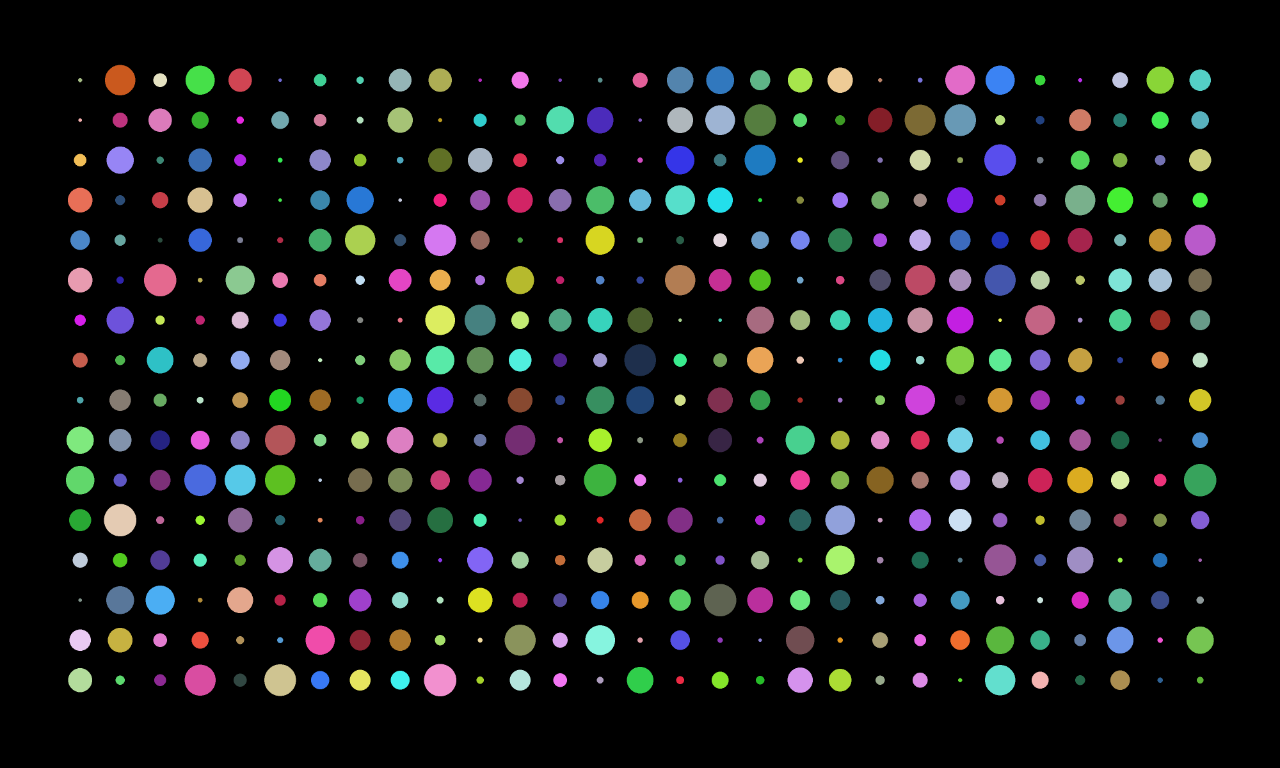 Well, it’s been two weeks since I wrote about the @WeShouldBuild bot on Mastodon and somehow I created another bot. This one is called @DotBot and it creates a new piece of dot-based art once per day. (You can see an example above.)

I once again used Mastodon.py for this (GitHub and Docs) and there are twice as many lines of code for this one, which is still less than 50 lines. This one generates an image, saves it to disk, then posts that along with a small amount of text. A cron job kicks things off at 8:30am CST every day.

As for these dots? I realized it’s something I’ve been toying with for over a decade! 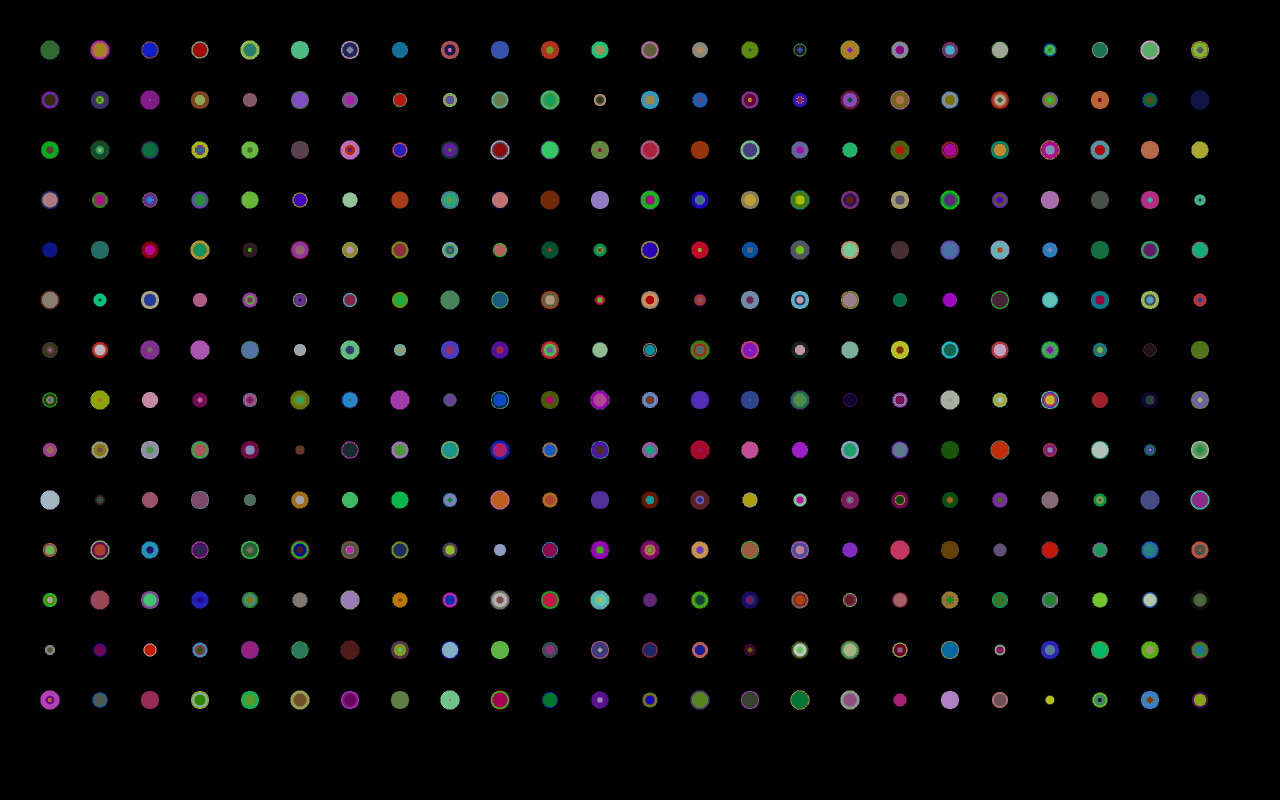 The image above was generated with a Processing sketch in April 2011. At that point I had probably been using Processing for less than a year. I had a lot of fun exploring creating images with code. 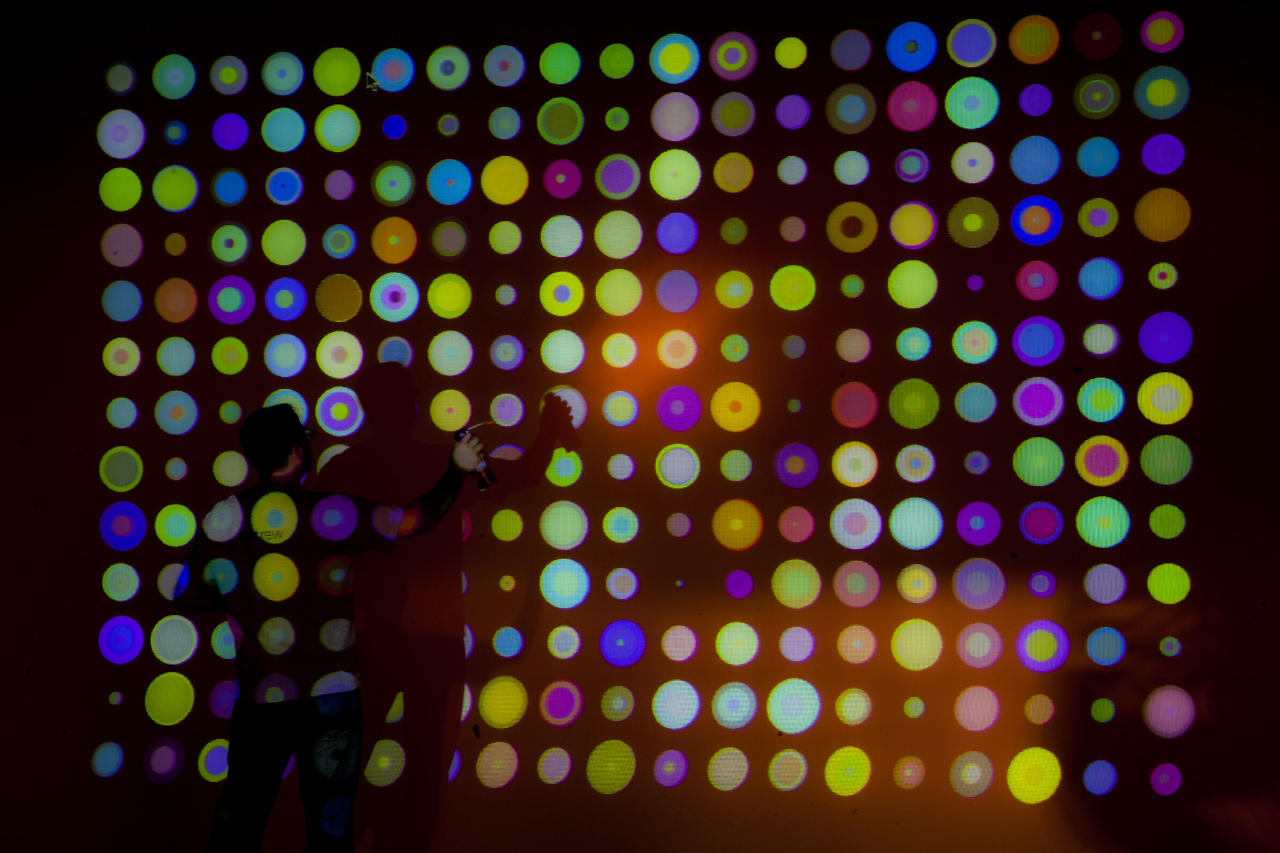 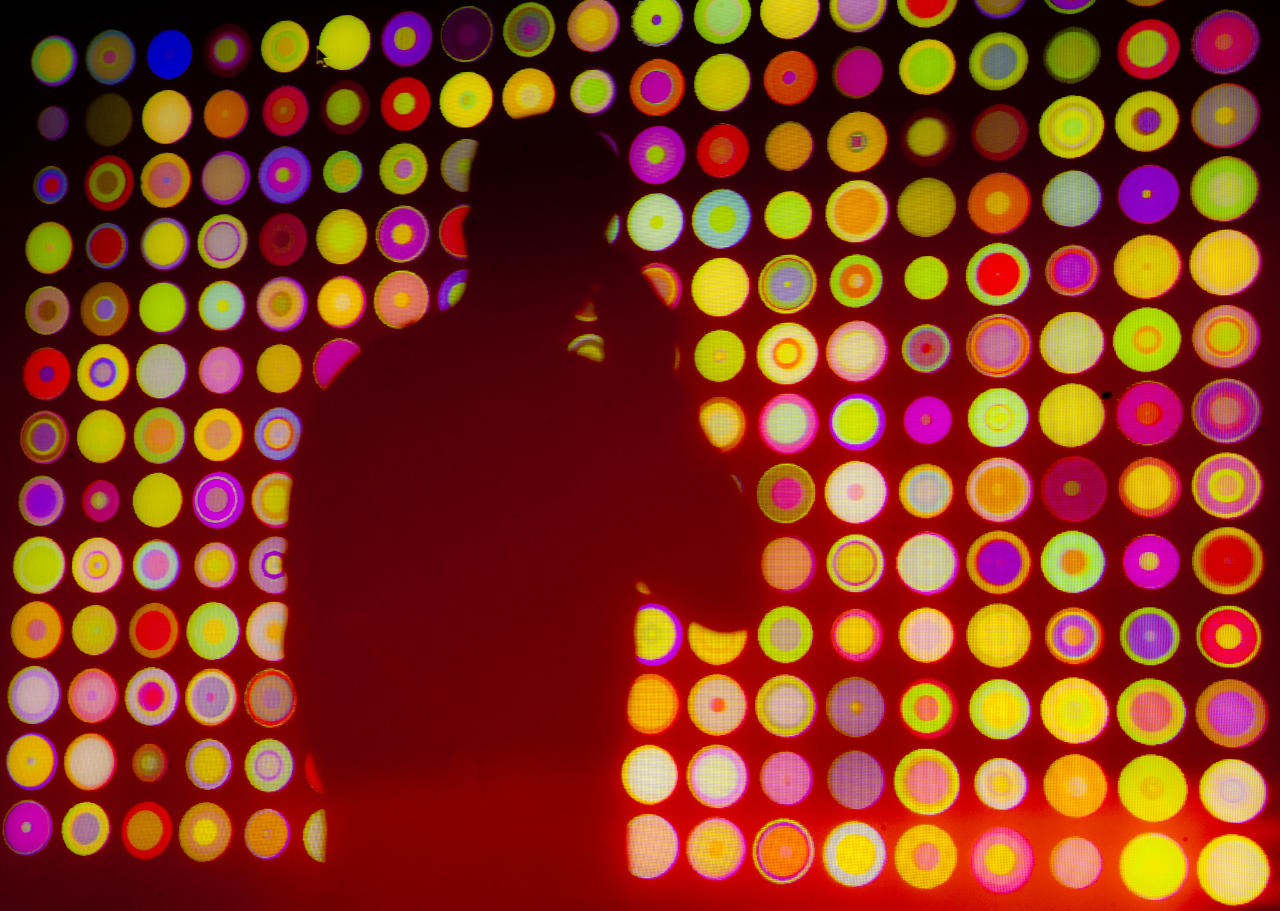 Here’s some fun I had with the images being projected onto a large while wall and taking photos of myself in front of it.

I found a folder dated September 2017 that had a bunch of generated images which I think I may have compiled into a video with each image being a frame. (I’ve done this other times, I just can’t find an output file for these. I probably did them last minute for the Maker Faire Milwaukee Dark Room and never got a chance to document them!) 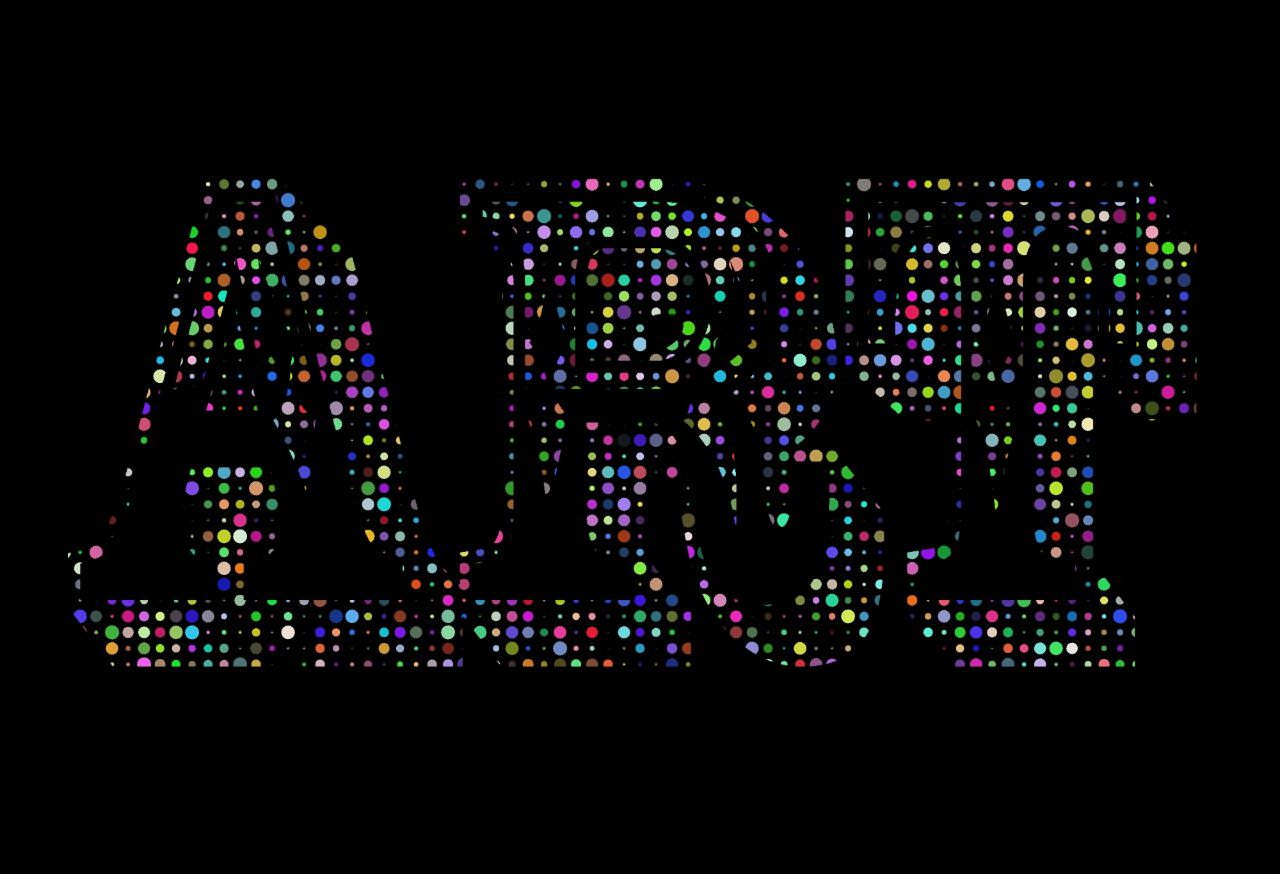 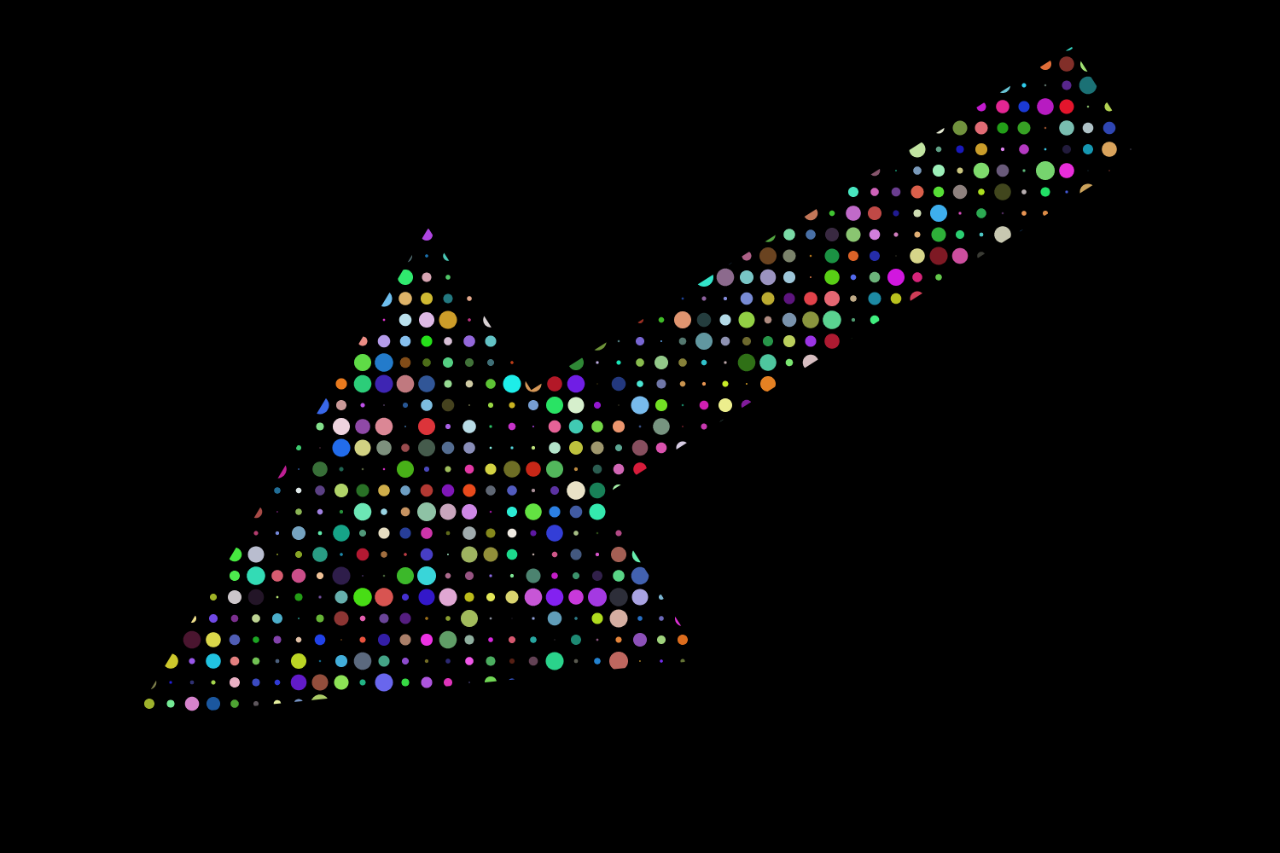 I did find these images in the folder though… Not sure what I was doing, but I like it. If I had to dig up some related things I’d pick annular (more info) from 2013 and maybe Shape Grid Circles from 2019. I realized there are a few other related things but maybe they warrant their own post. Especially if I can find the videos. (If not, I can recreate them.)

Okay, that went a bit off course (of course) but the important thing is, if you’re on the Fediverse and want to see new dot-based colorful art each day, just follow @dotbot@botsin.space

And if you’re not on the Fediverse you can still get the RSS feed! Just grab https://botsin.space/@dotbot.rss

1 reply on “DotBot (Another Mastodon Bot)”

Nice. Do the dots interact?